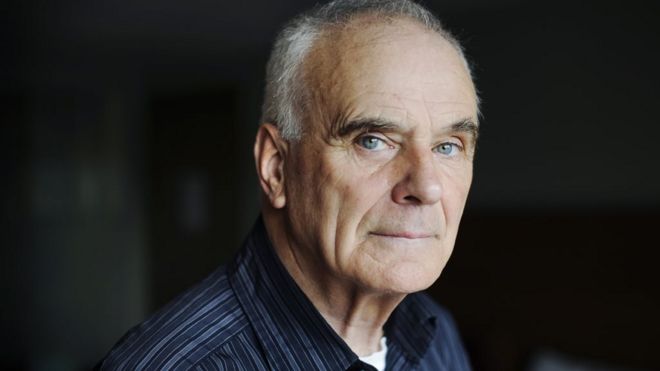 Sir Peter Maxwell Davies, a former Master of the Queen’s Music (or Max, as he was affectionately known) was a hugely important figure in the cultural life of our nation. I for one find it difficult to imagine the UK music scene without him as a vibrant part of it. He was a prolific composer who covered an immense range of styles within his music, a passionate advocate for the arts as an essential part of the nations cultural life, and a great supporter and encourager of young people.

In 2001 I was a sixth form student at Chetham’s School of Music in Manchester, and I was very privileged to play in the premiere of his orchestral work “High on the slopes of Terror” with Chetham’s Symphony Orchestra (my trumpet playing days). The piece was inspired by a trip to Antarctica – Mount Terror is an extinct volcano on Ross Island – and this evocative 20 minute work really opened my ears to the world of contemporary music. It was also the most difficult thing I had ever tried to play; the parts were rhythmically and technically challenging for 17 year old me!

Max came to listen to our last week of rehearsals, and after one particular session we had a Q&A with him. One of my fellow students asked why he had written such a difficult piece for a youth orchestra. His answer; “Well, it would appear that you can play it!” He believed very strongly that the way to write for youth ensembles was not to dumb down but to set them a challenge they could rise to. He was absolutely right. We may not have given the most polished performance of this immensely challenging piece, but we all learnt so much as a result of the process.

I met him again at Manchester University (his Alma Mater) when we had a study day with him to celebrate his 70th Birthday. It was a privilege to hear him talk about his own works. He had the ability to make the complicated musical structures that he employed in some of his earlier works easy to understand and he was, not surprisingly, an engaging speaker. Then, in my last year of postgraduate study at the Royal Academy of Music, I was again very privileged to take part in another premiere, this time of his opera “Kommilitonen!” . Written for students and about students, this challenging work was another great example of his ability to encompass a range of musical styles within one work, and through his writing he challenged and inspired us to achieve something extraordinary.

Whilst he was working with us at the Academy, I was able to talk with Max about his seminal music theatre work “Eight Songs for a Mad King” which I was due to perform the following year. Again, he made this daunting work seem very approachable to me. Eight Songs is something of a vocal tour de force and calls for some unusual vocal effects, but he encouraged me to find my own approach to the work. For him it was far more important for me to be true to the emotional intention of the piece than to tie myself in knots trying to sound like another singer. Anyone who knows it will be aware that there is nothing conventional about the vocal writing, but his encouragement gave me the confidence to tackle it. I’ve performed it a couple of times now and it is one of the most enjoyable pieces of theatre I have participated in.

It is a testament to his commitment to supporting young musicians that I encountered him at three separate educational institutions. His enthusiasm for music was palpable at all times and he possessed an almost impish sense of fun and always had a glint in his eye. He made headlines during his time as Master of the Queen’s Music for walking out of a restaurant that refused to turn off the background music (I’m with him on that one) and he was never one to be passive in his beliefs. His passionate advocacy for music and its place within society is something that still inspires me, and I hope that those of us who were fortunate enough to have met him will pass on that enthusiasm to future generations.

Want to join the discussion?
Feel free to contribute!

New concerts – and more tickets – in 2016
Scroll to top
This site uses cookies: Find out more.